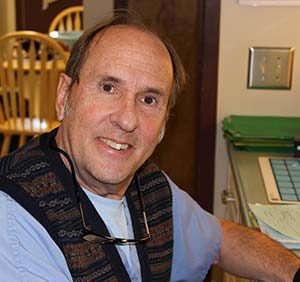 Dr. Hilty Burr grew up in Birmingham, Alabama and was educated in the public school system. His undergraduate studies took place at Rhodes College in Memphis, Tennessee as a biology major and The University of Tennessee in Knoxville as an Animal Science major. Dr. Burr graduated from The University of Tennessee College of Veterinary Medicine in 1980, awarded with an academic membership to Phi Zeta by being in the top 10% of his class.

Following graduation, Dr. Burr began an interesting and diverse career in veterinary medicine. He started his clinical practice career in Pell City, Alabama at Cropwell Animal Hospital as an associate veterinarian for small and large animals. In 1981, Dr. Burr relocated to Cleveland, Tennessee and opened Burr Veterinary Clinic, which was also a mixed animal practice. In 1990, he decided to sell his interest in this practice to begin consulting work for the animal health industry. In 1992, Dr. Burr accepted a position with Pfizer Animal Health where he continued his consulting work as a technical services veterinarian with a concentration in canine, feline and equine medicine and surgery. He enjoyed an exceptionally successful career receiving several promotions and authored or co-authored several publications in peer-reviewed veterinary journals. His last position with Pfizer was as Director of U.S. Veterinary Services for the Companion Animal Division headquartered in New York, New York. As a full-time consultant for the world’s largest animal health company, Dr. Burr became recognized as a leading expert in companion animal medicine among his veterinary peers.

Because his contact with patients and clients had been restricted to clinical trial work and case consultations, Dr. Burr began to greatly miss the clinical and daily contact with people and their pets. After a thorough search that included most of the southeast United States, Dr. Burr chose the Young Harris / Hiawassee / Hayesville area as a perfect location to build a new state-of-the-art small animal hospital. Lake Chatuge Animal Hospital (LCAH) was opened on 3/1/2005 representing a culmination of over 25 years of veterinary experience and knowledge. The end result is the animal hospital that Dr. Burr had always dreamed about and by the grace of God became a reality.

Dr. Burr teamed up with Dr. McClearen and opened a satellite clinic in November of 2010 in the Peachtree community of Murphy NC. This clinic is appropriately called Tri-County Animal Clinic (TCAC) as it is set up to serve the western NC counties of Cherokee, Clay and Graham counties. TCAC provides convenient and affordable preventive and wellness pet healthcare to western NC families, yet its affiliation with the full-service hospital (LCAH) allows these families the same access to the more advanced and specialized services as needed.

Dr. Burr has been married to his lovely wife Susan for over 30 years and they have two grown children (Jon Jr. and Jessica Rose) and their spouses (Ali and David) who are the treasures of their lives. They also have 5 four-legged kids: Sachmo, 6 years of age and Daisy, 4 years of age, both DSH kitties; Brodie, a 12-year-old German Shepherd/Beagle/Whippet mix breed, and Gracie, a 3-year-old Golden Retriever/Poodle/Dachschund/Bloodhound mix breed, who keep their home lively and entertaining.