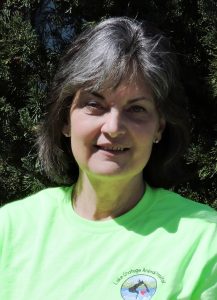 Beth lives in Hiawassee, GA with her husband, Bob and their ragdoll family member, Calvin. Beth was born and raised in the Tampa Bay area of Florida – a native Floridian is a rarity! She loves to read, garden, and play the piano. Beth has been with LCAH since 2016 and was thrilled to join the staff because of her great love of animals. 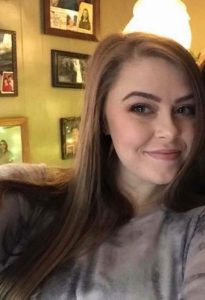 Emily was born and raised in Blairsville, GA and graduated from Union County High School. She is an only child, 1 of 8 grandchildren, and the only girl. She has 2 dogs, Bentley, a 5-year-old Schnauzer/Rat Terrier mix, and Zoey, a 2-year-old Pomchi (pomeranian/Chihuahua) which is her favorite “little girl”. Emily also has a Grey Lionhead Rabbit named Winston. In her free time, Emily enjoys taking pictures for her photography business, going on the lake and spending time with her boyfriend, Paedon.

Fun Fact: All of her pets are rescues. #SaveALife #Rescues 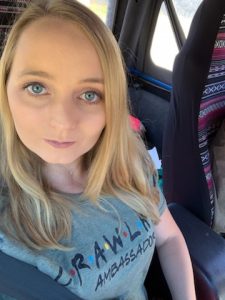 Amber was born in Georgia, moved to Hayesville, NC at an early age and has lived here since then. She is an only child, has a real passion for all animals but grew up around horses and dogs. In 2006 she was diagnosed with a brain tumor that was causing seizures and had to have brain surgery at Duke University in Raleigh/Durham, NC. Amber met her husband at church when she was 13 and they got married in 2015. They live with 2 dogs and 3 cats. Little Girl, a Jack Russell mix, loves car rides and exploring. Amber’s service dog, Sequoia, a Blue Heeler loves people, car rides, going in the canoe, swimming, and playing ball. Amber and her husband enjoy camping, going on Jeep rides, and canoeing together.x 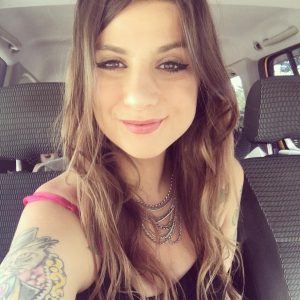 Sarah was born and raised in North Dakota. If you ever want a good laugh ask her to say “bag”. She has lived in many different places, but finally found her roots and settled in Hayesville in 2013. She is happily married to Danny, and they have 2 daughters: Paige and Olivia. She also has one fur baby named Ridley, a shepard/cattledog mix, who is progressing into her senior years. You may recognize Sarah because she previously worked here for 3 years but took a sabbatical after the birth of her youngest daughter. Her love for working with animals and our clients brought her back to LCAH. Sarah loves to read, play video games, cook, and spend time with her family. 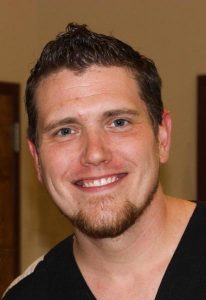 Justin was born in Kennesaw, Georgia, but has lived in Towns County since the fifth grade and graduated from Towns County High School. All of his family are here in northeast Georgia, including his two children, Arien and Ayden. Justin has been a veterinary assistant here at LCAH since it opened in 2005. He states about his work, “there is nothing like the feeling you get when you have made a client smile because Fluffy is going home.” Fishing and hunting are his hobbies outside of work and he loves spending time in the woods camping with the family. 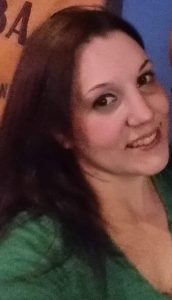 Nikki was born in Massachusetts, moved to South FL in 1992 and now makes her home here in Hayesville NC. She has a boyfriend, a daughter, a son and numerous furry children: Butch, a French Mastiff, Frankie the ferret, Gizzy, a Pekingese, Goldie, a Golden Retriever mix, and Sheba, a Siberian Husky mix. Nikki has been working in veterinary medicine for 17 years and loves everything about it. As she puts it “Where else can you play with pets all day?” 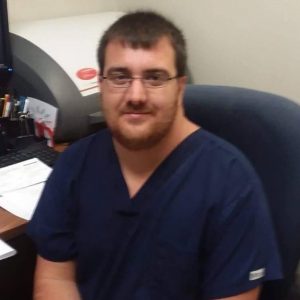 Trey was born and raised in Fort Myers FL but now lives in Hayesville NC. He is married and has three children. He loves working with animals as a veterinary assistant but is also a licensed Paramedic in Clay County NC. In his spare time, Trey likes to go fishing, play video games, and hang out with his family. They currently have 3 dogs and 2 cats which he says is always subject to change. 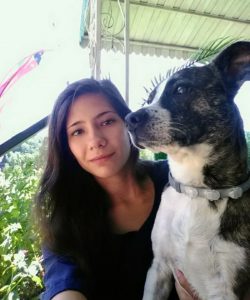 Micaela was born and raised in South Georgia, but now lives in beautiful Hiawassee Georgia. She works as kennel manager and veterinary assistant. Micaela started her Fur Family with a rescue dog named Thor and a cat named Scatman that she absolutely adores. She has added three more cats, Clairesse, Fat Looie and Patrick, a boxer named Bella and a ferret named George. Her hobbies include taking hikes with her best friend, Thor, and watercolor painting.

Fun fact: Micaela started playing soccer at the age of 4 and continued her soccer career for 12 plus years! 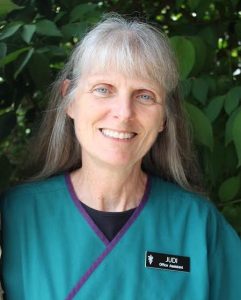 Judi lives in Hayesville, North Carolina with her husband, Steve, their two part-Maine Coon indoor cats, and two outdoor rescue cats. They also have three grown sons, three daughter-in-laws, and seven grandchildren. Judi has been at LCAH since 2012 and has done many things while here, starting out as a kennel assistant, but currently working on the administrative duties of the hospital. You may see Judi sometimes assist with a pet, and even at the front desk as a receptionist and answering the phones. Judi helps keep all of us organized. She has worked in children’s dentistry, home schooled her children, as a string instrument music teacher, and as a secretary. She loves to garden and go camping.

Cheyenne was raised in California before moving to North Carolina where she began working with her mother as a dog groomer at the age of 16. Cheyenne decided to make a change in her life and went to school to become a licensed CNA. But her passion for animals moved her back to the animal side of care and she found an opening at a local veterinarian clinic. While there she held various positions, starting as a kennel tech, vet assistant, customer service representative, lead technician and eventually becoming the Hospital Manager. She stayed with her previous clinic for 5 years before taking the opportunity to manage Lake Chatuge Animal Hospital. You won’t always find Cheyenne at her desk as she still loves to put on scrubs and dive into every aspect of the Hospital. When not at work she spends her time with her husband, two children, and her crew of rescued animals (3 dogs & 4 cats).